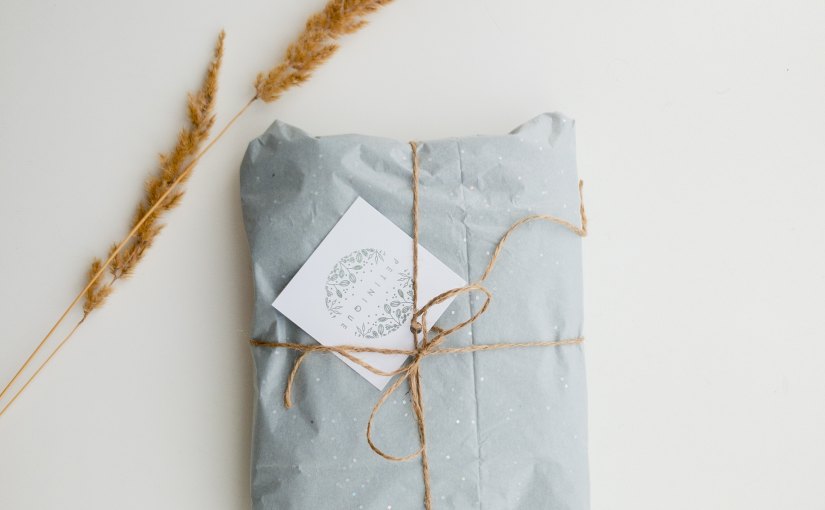 He thought they would look like people, but they didn’t.  Only ever glimpsed through the narrow gaps between the fortifying wooden planks, he could not say what they looked like exactly.  But they weren’t people.

The little plastic Christmas tree bent beneath the weight of the girl’s homemade ornaments, mostly tinfoil balls coated with the last of her nail polish. He thought it was the most beautiful Christmas tree he’d ever seen.

“I wonder what it is,” he said, eyes darting between his daughter and the wooden planks as the murky dawn light was obstructed by movement outside.  At least they stopped pounding, for the moment.

Throughout the night they pounded.  He told her it was Santa’s reindeer.  She nodded and smiled as she slipped into sleep.  He slept beside her, flinching as the mobile home shuddered from the onslaught.  It was their refuge, though not their home.  In the midst of the chaos he was glad to have found it.  But it was no fortress.

She held the gift in her small hands, her words issuing in frosty clouds, “It says it’s from Mommy.”

The man blinked tears away.  She had not noticed it was his handwriting.

She looked toward the door, which was crisscrossed with planks.

“Is she coming back?” she asked in a voice as light as a feather.

She proposed the question, in various forms, over the past three weeks. His affirmations lost vigor over time.

“Baby, I promise you’ll see her soon, maybe even today.”

There was a cracking sound from the bedroom followed by a rippling chorus of inhuman voices.  The shadows in the room shifted as the invaders migrated toward the rear of the home.

There were too many.

Every other thought in his mind was there are too many.

Her head was turned, following the noise of the disturbance.

“Open it, sweetie,” he said, dabbing his eyes with his knuckles.

She clenched her mittens between her teeth and tugged them free.  The electricity went out two weeks prior, so they made do with winter clothes and blankets.  Fortunately, the previous owner of the home was influenced by conspiracy culture, judging by the literature on the bookshelf  Therefore, the home was both remote and well-provisioned.

At first, he made it seem like an adventure.  Up in the mountains, eating beef jerky for breakfast.  When she slept he listened to the radio and tried to imagine what they looked like, the things now outside his door, now ripping through the brittle walls.  In the chaos of their exodus, he had the presence of mind to pack a few gifts on the off chance their adventure endured until Christmas.

She shivered in her Snow White dress, the first gift opened that morning. He draped a blanket over her shoulders and then stood between his daughter and the rising din of snapping wood and shattering glass.

“Don’t worry, sweetie.  This place is magic, remember?  They will never get to you.  Open it,” he said again, mouth dancing between a smile and a frown.

She nodded and flipped the present over, searching for the seam in the gray light. There was a tremendous crash from behind and her face showed fear for the first time.  She was at that tender age where her desire to believe in magic constantly abraded against the reality of life.  Maybe the house was not magic.  Maybe Santa had not followed her snores to this strange, new home.

“Please open it,” he begged, hands secured behind him, back stiffening as the bedroom was breached.

She found the seam and slid her tiny fingers between the paper, breaking the tape.

“I wonder what it could be,” she said, voice dreamy, pulled back to the magic again.

Her passions were as varied as her outfits on any given day.  In their former life, time was communicated through the piles of clothing strewn about the house.  A nightgown represented morning.  A leotard and ballet shoes indicated mid-morning.  Princess dresses were a sign of the early afternoon.  And so, he was only momentarily surprised when her Christmas list to Santa included what she then unwrapped.

“A cuckoo clock!” she said.

The house shook as the invaders funneled inside.  The locked bedroom door was the only barrier between the two groups.

He hugged his daughter with one arm, tears spilling onto the crown of her head.

“Push the minute hand until just before twelve and you’ll see the little bird come out,” he said.

She did as she was told and said, “It’s probably going to scare me!”

The bedroom door handle rattled.  His muscles were toxic with adrenaline.

“Sweetie, you know I love you, right?”

“And you know your mommy loves you, too?”

“Yes, Daddy,” she said, eyes narrowed in concentration at the clock.

Blood rushed to his face, the sound of his heartbeat drowning out the violence behind him.  For a sliver of time it was just the two of them.  His little girl in her new dress, wrapped in a blanket, calmly breathing out steam as the bedroom door buckled.  His little girl who believed in magic.

“You’re the most special girl in the world to me.”

“I know, Daddy,” she smiled, returning her attention to the clock.

“Just a few seconds now,” he said, moving behind her.

The world shrunk until it was only the space between them.  He felt his love for her as if it was produced by its own organ within him.

“Here it comes!” she said as the seconds ticked.

The bird popped out, providing coverage for the sound of him flipping the safety off.  The invaders crawled into the hallway, but he did not look that direction.

In his head, he began his own countdown. 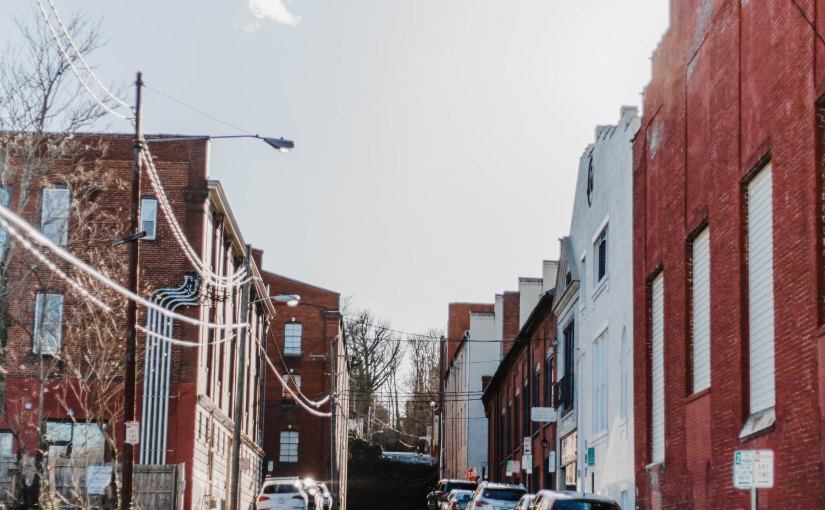 “Hey, it’s me again.  I don’t know if you’re getting these, but I have to tell someone. The place doesn’t exist, bro.  I mean, it’s there, but I don’t think it’s real. I asked Mom about it and she didn’t- she couldn’t…”

There was a burst of static on the voicemail, and he exhaled as if punched in the stomach.

“I drove her there and she still couldn’t see it.  I’ll call you later.  I’m going back tonight.”

The message was the last attempt at contact from my brother, Mike, now missing eight days.  I stood beneath a sign that appeared designed to be forgotten, white, cramped letters on a dark blue background.

The voicemails and text messages were increasingly frantic, my brother’s steady baritone sailing into higher octaves as his observations devolved into a frenzied certitude.  The ophthalmologist’s office was not real.  There were no patients.  No one ever entered but men did leave, always in suits.

“They walk out, adjust their ties, and walk down the street,” Mike said.

I did not recall having seen the office before, but could say the same for the various pawn shops and vape stores that littered Poplar Street.  The parking lot had room for only four cars and both the entrance and exit were blocked by chains.  A breeze kicked up a flurry of dried leaves and discarded napkins. I jammed my hands in my pockets and shuffled to the entrance.

My presence was announced by a single chime.  I paused there, the wind whistling through the gap between the door and the frame, orienting myself to the small room, which was so dark it might have been illuminated by a lantern.  There was a cluster of bulky chairs in the center of the room, tufts of cotton jutting from gashes in the upholstery.  The walls were bare save for a single poster of the anatomy of an eye.

I walked to the counter where a woman sat in an oval of yolk-colored light. Atop her hair was a bundle of curls, white with a bluish tinge.  She did not acknowledge my arrival, but dipped her fork into the Tupperware container. A bit of quiche trembled on the tines of the fork, which she inserted in her mouth.

I turned my attention to the small television set wedged near the ceiling in the corner of the room.  It showed a news channel, but the image was grainy.  I squinted and saw that the attire of the anchors was dated.  The woman’s burgundy blazer was squared off by shoulder pads that nearly touched the tassels of her dangling earrings.  A reporter in the field inserted a yardstick into a drift of snow to the amusement of the studio anchors.

It was early autumn and I was in Alabama.

“I am looking for my brother.  He’s been missing for about a week and seemed to have some strange ideas about this place. If he came in you might have remembered it,” I said to the woman behind the counter.

She directed the fork into her mouth again, held it there, and withdrew it. The quiche still quivered on the tines. I looked at the container and saw that only a single morsel was missing.

“No openings today, I’m afraid,” she said, placing an extra emphasis on the last two words.

I snatched my cell phone from my pocket, intending to offer a picture.

“Someone will be right with you,” she said, then abandoned the desk and her meal.

I remained at the desk but returned my attention to the TV.  The broadcast must have been from the early 1990s, and was clearly not from Alabama.  A few minutes passed and a chime alerted me to the fact that the door opened.  I watched the back half of the man’s slacks as he departed.  I dashed to the front door and saw him on the other side of the glass, elbow out to the side as he adjusted his tie.

My cell phone chirped at the desk and I raced to retrieve it.  The old woman was back in her seat pretending to eat the quiche.

I made no reply but retrieved my phone and sprinted out the door to catch the man in the suit.

The street was empty.

I listened to my brother’s messages, sought meaning in his texts.  Mike mentioned visiting the office at night and claimed once to have seen the waiting room filled with men in suits on one occasion.  With my options dwindling, I did the same, parking my car across the street that evening.

Where Poplar Street Eye Care had been there was now a pet store.  I darted across the street and cupped my hands around my face, touching my nose to the window glass.  There were snakes and lizards, the blacklight glow of aquariums in another room.

The sun-bleached signs taped to the inside of the windows indicated they had been there for some time.

I sensed my story about the vanishing ophthalmologist’s office complicated the investigation into Mike’s disappearance.  Each time I called the case had been transferred to a more junior investigator.

Six months after his final voicemail I received an alert on my phone. The front door camera was triggered while I was at work.  It was the time of day the mailman typically arrived, so I did not view the video then but did so later that night.

A man in a suit, face shielded from view by a fedora, stood on the porch.  He pressed the doorbell once and retreated. A few seconds later he adjusted his tie and turned away.

As he did the camera captured three frames of the bottom half of his face.

The cell phone shook in my hand.